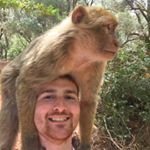 I’m back from West Africa, it’s now time to try and write blog posts about each country individually.

I’m not sure how well this’ll go, but I’m going to try!

Turkey is the only country I took daily notes in unfortunately.

So, I arrived early to Istanbul and had to wait for the driver. That was a bit annoying. There was a flight to Mogadishu on the flight info board which is crazy awesome.

Went out for dinner and had some local food, don’t really remember what it was anymore, but it was great.

Then I went to go and look at the Hagia Sophia and Blue Mosque at night. Those looked very nice.

A guy tried to scam me with the ‘follow me to restaurant, and end up with a huge bill’ scam. Very friendly guy, but never follow someone to a second location. After getting scammed in Morocco years ago, that rule has saved me often. Very persistent though so I had to make a big circle to avoid him.

I wanted to see the Hagia Sophia with the sunrise, but I never managed to wake up in time to do it.

I saw the Hagia Sophia, Blue Mosque, and the Topkapi Palace.

Hagia Sophia was fascinating. It was awesome to see all the Christian paintings intermixed with the Islamic signatures and signage.

Blue Mosque was a letdown. Had to return due to ongoing prayers and then ended up in a rather long line. The interior was mostly under construction, and nothing was super interesting about it. The exterior of the building is impressive though. A friendly guy did approach me outside and give me advice on the place though. I thought it was going to be a guide scam, where he’d ask me for money after accidentally becoming my guide. After telling him no, he actually just wanted me to go to his carpet store. How I’d even get a carpet home, I have no idea… and why I’d bother when I live in a carpeted apartment..

Topkapi palace was a highlight though, that place is amazing! It had Muhammad’s sword which was fascinating. I had no idea he was from the 7th century. That seems so recent.

Ate at some great places. Tried a boiling milk drink thing that made me sick, absolutely miserable. That cut my morning short as I had to get a cab back to hotel.

Turkish coffee is alright, nothing spectacular. It’s strong though, which is nice. Local americanos though are great.

Grand Bazaar was closed, as apparently it’s closed on Sundays 😢

I joined a long line at a coffee place thinking I was going to get some awesome local coffee, but ended up being a line to buy some super pungent coffee beans. Didn’t want to lug that around with me, as it’d make my clothes reek. So, I had to leave it at hotel.

I woke up super early and decided to go to Bursa today. Wikivoyage says it’s only a 1.5 hour ferry ride (Spoiler: it wasn’t)

It’s pouring rain in Istanbul, and it was snowing / raining in Bursa so that was exciting..

I didn’t really have any truly warm clothes, so it was a bit miserably cold. I bought a beanie though to keep my ears attached to my head.

So, the ferry crossing took 1.5 hours. Once I got there, I got on the bus that looked like it was going where I wanted, but no one speaks English on the asian side of Turkey apparently. This bus ride took a while. Then I had to take a train into downtown. Also, there’s some weird ‘ı’ on signs that isn’t translated properly in apple maps to a latin ‘i’, so I can’t search for the ferry terminal.

Green Mosque was amazing, definitely better than the Blue Mosque.

Bazaar was okay, not the most interesting things on sale. Didn’t buy anything other than beanie.

I had iskender kebap. It was amazing.

Managed to destroy 2 umbrellas while here, as it’s so windy and miserably cold and rainy.

Going onto Benin today, had a taxi driver that played a local rap radio station. It had incredibly inappropiate song lyrics, since he didn’t speak English, I’m not sure he knew. It was hilarious. Thankfully he turned it down when I got out at airport.

Airport is an hour outside of downtown too..